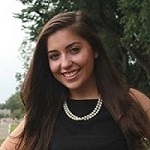 Nicole was born and raised in Van Nuys, CA. Living in a medically underserved community and the daughter of immigrants, she experienced health inequities first-hand. She attended community college and later transferred to UC Riverside to pursue her interests in bioengineering. Upon graduation, she moved to the East Coast to conduct research at the NIH – NIBIB, where she focused on biophysical research involving the biological applications of atomic force microscopy. She also found opportunities to interact with patients and physicians. It was through these interactions that she saw a necessity for physicians with her background and life experiences that helped reaffirm her interest in pursuing a medical degree. She moved to San Francisco to participate in the UCSF Post Baccalaureate Program where she learned more about issues affecting underserved communities. She later worked as a staff research associate in a UCSF Cancer Immunotherapy laboratory and volunteered as a mentor for community programs promoting higher education.

Carina went to UC Berkeley where she majored in Integrative Biology. She was engaged in the Biology Scholars Program as a General Chemistry tutor and was an active member of the Chicanos/Latinos in Health Education organization. After four years at Cal, she left the campus to complete her undergraduate education in Costa Rica with the Tropical Biology and Conservation Monteverde Program. She returned to her hometown in Fontana, California where she found the opportunity to gain more clinical experience as a medical scribe in both an emergency department and family medicine practice. Her interests include reading, hiking, baking (especially pumpkin and apple pie!), and spending time with friends and family. She is excited to start the next chapter at JMP.

Sapphire Ear was raised in Long Beach, California by her Cambodian refugee family and she studied Conservation Biology at UC Riverside, where she was heavily involved in health education, mentorship, and advocacy for people with special needs. The trauma and violence her Khmer community experienced sparked her passion in working with the urban underserved early on, and her most transformative experience was working at UCLA Community School with City Year, an education nonprofit dedicated to serving youth at-risk for dropping out. This experience taught her how multifaceted health disparities were and it cemented her desire to work at the interface of medicine and social justice. She also served as a Service Ambassador for City Year, transforming schools and empowering civic engagement through beautification projects all over South Los Angeles. She loves her PRIME-US family and for fun, she loves playing guitar, reading, running, and mulling over art/Westworld.

Annie Hoang was born and raised in Jersey City to multi-ethnic immigrant parents from Vietnam, both of whom were children of American soldiers during the Vietnam War and came to the US in 1991 under the auspices of the Amerasian Homecoming Act. Her commitment to the urban underserved began when she was casted as a child in the role of an interpreter and patient advocate for her non-English speaking parents. Annie graduated from Yale University in 2013 with Distinction in the intensive track of Molecular Cellular Developmental Biology. Her experiences in healthcare and education with immigrant communities in the US as well as with youth in Vietnam have taught her the value of unlocking a place previously inaccessible for someone else through community involvement, research, and advocacy. In her spare time, Annie loves to sing, travel, and learn languages. A fitness aficionado, she also regularly practices yoga, Pilates, and kickboxing. 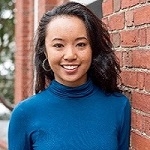 Bernadette (Bernie) was born in Los Angeles and grew up in a family with a Filipino and Chinese immigrant heritage. At Harvard, Bernie studied Human Evolutionary Biology and Studies of Women, Gender, and Sexuality with a minor in Global Health. Her passion for leading health justice reform has been fueled by her work as the Executive Director of Women SPEAK, her research with the Los Angeles Department of Public Health on breastfeeding and co-sleeping disparities among African-American families, volunteering as a patient advocate in Boston, and leading the production of the first Report on Women and Girls in Boston. She also traveled to Kenya and the UK to study menstrual hygiene disparities and health economics. After college, Bernie pursued a Fulbright grant to India and did research on women’s empowerment groups in Maharashtra. In her free time, Bernie enjoys producing hip-hop/R&B music, doing yoga, playing the piano/organ, and making art.

Austin is native of Michigan and a recent graduate of Michigan State University in human biology. During college, he had the chance to pursue several minors outside of his major, study a few languages, and study abroad in places like Tanzania, France, and Senegal. He absolutely loves reading as well. Austin is not much of a talker, but is certainly a learner. He also has strong convictions about the kind of world he wants to help build, though he is still figuring a lot about what that should look like. For those reasons, he is super open to talking to anyone about almost anything even if his stoicism is a poor way of communicating that. Most importantly, he is excited to see what UCSF and the Bay Area communities can add to his life and what he might add to theirs!

Born and raised in San Francisco, Fiona grew up translating for her family who emigrated from China. In 2013, she graduated from UC Davis majoring in neurobiology, physiology, and behavior (NPB). As a patient advocate at Sacramento’s Paul Hom Asian Clinic (PHAC), she translated for uninsured patients. Physicians at PHAC inspired Fiona to safeguard underserved patients through advocating for regular screening, prompt intervention, and affordable treatment. She co-directed the mammogram committee, offering free mammography, promoting cancer awareness, and establishing a referral system. To her, resources and information are tools of patient empowerment. Fiona continued that passion, volunteering at Zuckerberg San Francisco General Hospital’s Community Wellness Center as a coordinator of the 2017 Summer Fest, connecting patients with health, social, and food services. Fiona enjoys riding the muni and singing K-pop/C-pop songs. She is excited to join the PRIME family in giving back to the communities she grew up with.

Nicole was born and raised in Puerto Rico. She attended Stanford University and earned her B.A. in Human Biology and M.S. in Earth Systems focusing on environmental health. During college, Nicole served as a patient advocate, health educator, and Spanish interpreter in free clinics throughout the Bay Area. After graduating, Nicole worked at the Stanford Prevention Research Center for two years, where she developed community-based projects to catalyze grassroots community health movements in underserved sectors of the Bay Area. Through these initiatives, she collaborated with communities to identify local barriers and facilitators to health, and led advocacy workshops connecting residents to policymakers to enact change. Nicole has worked to improve health equity in various settings, including community-based projects in Mexico, health assessments in rural Thailand, child health initiatives in Honduras, and clinical experience in Puerto Rico. Nicole looks forward to continuing to advocate for health equity with the PRIME-US community. 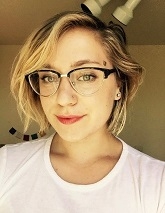 Brenly was born in San Francisco and lived there until her family moved to Bozeman, Montana when she was 12. She attended Hampshire College and graduated in 2011 with a bachelor’s in medical anthropology. She moved back to the Bay Area after college, where her passion for reproductive justice brought her to work as a sex educator and sales associate at Good Vibrations. There, she fostered her desire to be a reproductive health clinician. Brenly started working at Advancing New Standards in Reproductive Health (ANSIRH)-UCSF in 2013, and began her post-bac at UC Berkeley extension around the same time. In her time at ANSIRH, she worked on over a dozen studies that focused on access to and experiences of abortion and contraceptive services. In her free time, you can find Brenly baking or hanging out with her cat, Chewie. She is incredibly excited to join the JMP and PRIME communities. 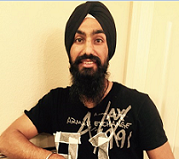 Born and raised in rural Punjab, India, Anuvir immigrated to Fresno, California at age thirteen. During high school, his involvement in the Doctors Academy Program provided him a foundation to begin exploring the medical sciences through academic courses, clinical mentorships, and community internships in Fresno County. He attended UCLA and graduated with a B.S. in Psychobiology. Anuvir reconnected with his community roots as he moved back to Fresno to work as an ER scribe. This clinical experience prompted his interest in underserved medicine, exposed him to healthcare disparities in the Central Valley, and provided a better understanding of the unmet needs of his community. Anuvir participated in the UCSF Post Baccalaureate Program in 2016 and he is currently work as a medical scribe for the UCSF-Fresno Neurology Clinic. He is excited to join the PRIME-US family and receive the necessary medical training that will enable him to be a physician-leader and active community advocate. In his free time, he enjoys playing outdoor sports, watching cricket, and spending time with his family. 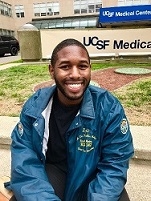 Eric was born and raised in the Inland Empire of Southern California. He graduated from University of California, Los Angeles where he received his B.A. in Gender Studies. His commitment to marginalized communities stems from learning about systems of power as a Gender Studies major and seeing family and close friends victimized by the criminal justice system. Eric is passionate about mentorship, as he benefited during his high school years as a mentee of the 100 Black Men of Orange County. During his gap years he returned to the program as a Class Advisor developing lesson plans for 11th and 12th grade students to raise their consciousness. Through PRIME-US, he hopes to gather the tools and resources to make sustainable changes to the health of marginalized communities. He is excited to be a part of PRIME-US and learn medicine from and with some of the brightest and committed faculty and students in the nation. 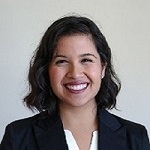 Jessica was born and raised in Southern California. The daughter of Mexican immigrants, she grew up low income in a community of wealth where she experienced cultural and socioeconomic inequities. Her interest in exploring social disparities began as a student at the University of San Diego where she majored in Biology. In the Summer Health Professions Education Program, Jessica explored her passion for social justice learning about health disparities affecting underserved communities. Jessica later served rural and indigenous communities as a clinic volunteer in Ecuador’s Amazon basin, and in the UCSF Post Baccalaureate Program, Jessica delved deeper into health disparities. These experiences motivated her to become a physician-advocate for the voiceless in society. Most recently, Jessica was a yoga and mindfulness instructor to the homeless and a para-educator helping autistic children in Los Angeles. She is ecstatic to join PRIME-US, and looks forward to further examining health and social justice. In her spare time, Jessica enjoys hiking through the Sierras, writing poetry, and discussing theories about the Star Wars sagas. 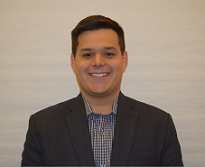 Alexis Velázquez was born in rural northern California and raised in Grimes, a tiny farming town of only 300 residents. Growing up in a family and community that was comprised predominantly of immigrant farm workers, Alexis experienced first hand the impact that access to health services and language can have on a patient’s and community’s health. He graduated from UCLA in 2016 with a degree in Chicano/Chicana Studies and a minor in Public Health. At UCLA, Alexis was deeply involved with Chicanos/Latinos for Community Medicine and the Venice Family Clinic, providing basic health services and health education to communities throughout Los Angeles and in Tecate, Mexico. In addition to medicine, Alexis is passionate about mentorship, serving the last four years on the board of MiMentor.org, a website and organization committed to developing innovative mentorship opportunities for students underrepresented in medical and health careers. Alexis is excited to be attending UCSF and thrilled to be joining the PRIME-US family!