David M. Irby, PhD is a professor emeritus of medicine in the Division of General Internal Medicine and a senior scholar in the Center for Faculty Educators at UCSF. From 1997-2011, he served as vice dean for education and director of the Office of Medical Education in the UCSF School of Medicine. In addition, he was a senior scholar at The Carnegie Foundation for the Advancement of Teaching, where he co-directed a national study on the professional preparation of physicians that culminated in the 2010 publication: Educating Physicians: A Call for Reform of Medical School and Residency. From 1972-1997, he was on the faculty of the University of Washington Department of Medical Education.

Over the past 40 years, his research has focused on clinical teaching (identifying and evaluating the characteristics, knowledge, reasoning, and actions of distinguished clinical teachers in medicine), faculty development, and curriculum change.

For his research and leadership in academic medicine, he has received awards from the Karolinska Institutet in Stockholm, the Association of American Medical Colleges, the American Educational Research Association, and the National Board of Medical Examiners among others.

He earned a doctorate in education from the University of Washington in 1977, a Masters of Divinity from Union Theological Seminary in 1970, and completed a postdoctoral fellowship in academic administration at Harvard Medical School in 1983. 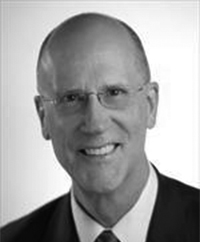