Alejandro Alejandrez, UC Santa Cruz:
Raised in the countryside within Madera, California, Alejandro was introduced to health disparities within the San Joaquin Valley very early on in his life. As a translator for his parents, Alejandro realized the numerous health challenges that are faced by many Hispanic people and other immigrants in the Valley. After working in the fields himself, he witnessed first-hand the occupational hazards that his community faces in their day-to-day lives. As such, he says his focus is to help the underserved Spanish-speaking community and farm workers in his community. He adds that he looks forward to serving as a medical officer in the U.S. Army and coming back to the Valley to serve as physician and mentor for the people of his home. 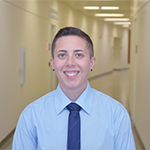 Reyoot Berry, Fresno State:
Growing up in Ceres, California, Reyoot is the daughter of two nurses. Living in an area with high uninsurance and poverty rates, she witnessed her own family suffer from these socioeconomic factors, as her mother was an immigrant from Israel and her father suffered from an illness which left her in poverty for much of her childhood. After working as a scribe at Saint Agnes Medical Center, she developed her goal to raise awareness and be an advocate for the mentally ill and the LGBTQ+ population. She is passionate about serving her community and hopes to pursue outreach and medical education programs for the underserved community in the Central Valley in the future. 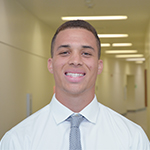 Marcus Cummins, UC Davis:
Raised in Clovis, California, Marcus was very involved in sports throughout his childhood. As a life-long athlete, he played football in college and said that he was drawn to medicine because of the teamwork and challenges that it represented. Now, as he begins to raise his own family in Fresno, Marcus says he is excited to gain the tools necessary to better serve the Central Valley and give back to his community. He said that family and community are very important to him, so his goal is to give the people of the Central Valley the high quality healthcare they deserve. 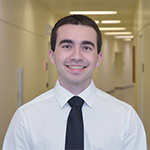 Stephen Georgiou, UC Berkeley:
Growing up in Los Banos, California, Stephen was introduced to medicine through his father, who is one of three OBGYNs in the area. The physician shortage was further elucidated to him after working as a scribe in the emergency department in the Central Valley, where he saw that many cases needed to be transferred out because the Valley didn’t have the resources to properly take care of them. Half-Hispanic, Stephen said he learned from an early age the importance of different religions, cultures, and backgrounds, and is interested in helping people with similar backgrounds to his mother, who immigrated from Mexico and had trouble accessing health resources. In the future, he hopes to connect with patients one-on-one and make a difference in his small town as a clinical physician. 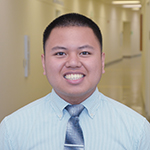 Lemuel Rivera, Fresno State:
Lemuel was born in the Philippines but moved to the states in 2005, and Fresno in 2009. He became interested in medicine after seeing his mom survive cancer. In college, he scribed in the emergency department at Community Regional Medical Center in Fresno and volunteered at a free clinic to serve the underserved community. He said he believes that everyone deserves the highest quality healthcare possible and hopes that he can better address the issues that his community faces as a future physician. As an immigrant himself, Lemuel connects with the community in the Central Valley and wants to serve the people at home who are just like him. 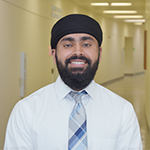 Amitoj Singh, UC Los Angeles:
Born in Southern California, Amitoj moved to Fresno, California in 2004 and has never looked back. Coming from a family of Sikh immigrants from India, he relates deeply to the immigrant communities in Fresno who share a similar background. He first developed an interest in becoming a physician after his grandmother was diagnosed with a brain tumor, and joined several organizations to reaffirm his interest in medicine. He said that after learning about all the health disparities in his community, he realized that he would only be fulfilled by practicing in the Valley. He is excited to work with the Valley community early in his medical education and hopes he can build strong relationships with these underserved patients in the future.